The Wounds We Cannot See (OST) 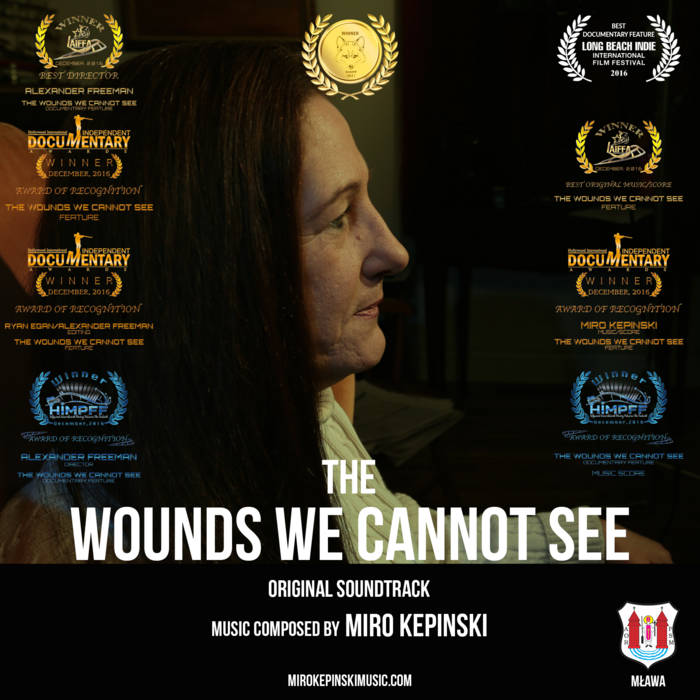 From award­-winning filmmaker Alexander Freeman (The Last Taboo) comes The Wounds We Cannot See , a new expository and performative documentary that explores rejection, family secrets, sexual assault in the military, addiction, depression, PTSD and one woman’s daily choice between living either as a victim or a survivor. The Wounds We Cannot See tells the gripping story of former US Navy Airman Nancy Ross of Hingham, Massachusetts. Ross was violently raped during her service in 1988 and has since struggled with addiction and depression. She continues to battle PostTraumatic Stress Disorder as a direct result of her attack and subsequent abusive relationships. While Nancy has undergone extensive therapy since her honorable discharge from the Navy she still suffers from addiction and lives in constant fear of the future.

Miro Kepinski is supported by the City of Mlawa. (mlawa.pl)

Bandcamp Daily  your guide to the world of Bandcamp